You’ll have to look very closely at this collection of moody images by comic book illustrator Russell Mark Olson – as each picture tells a story.

Russell’s skill and technique is a joy to see, as he pulls us into each scene through his masterful handling of light and shadow. 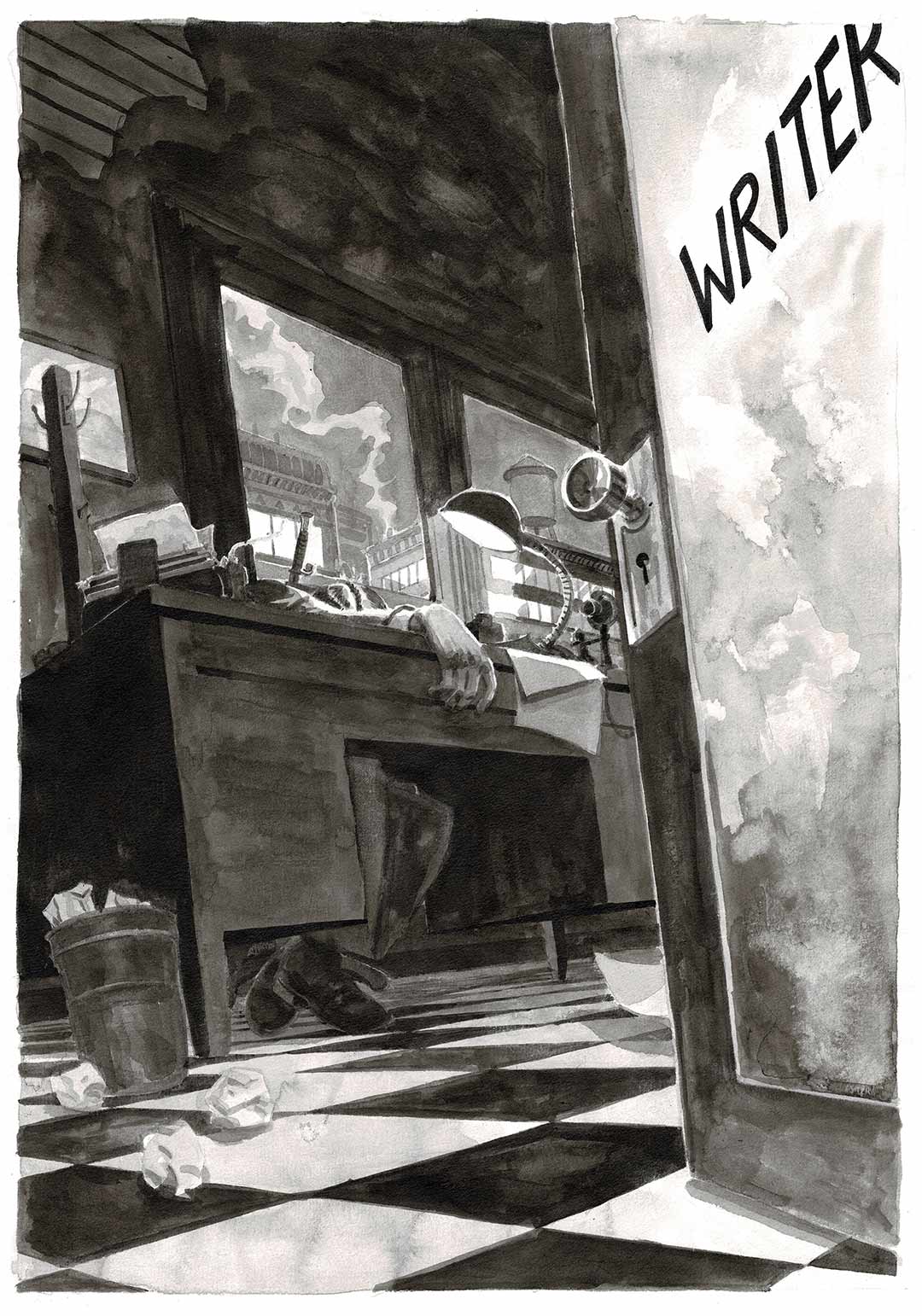 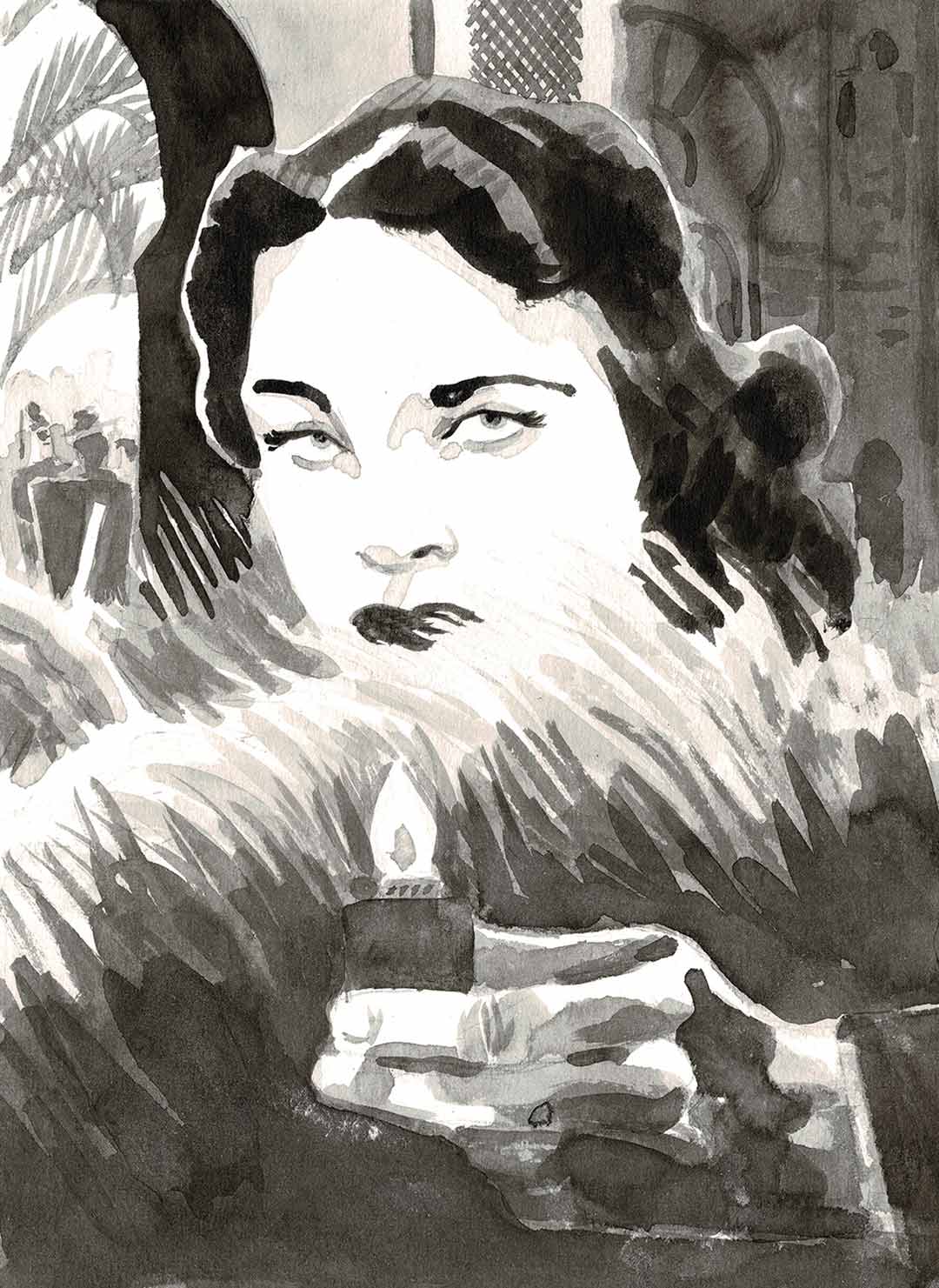 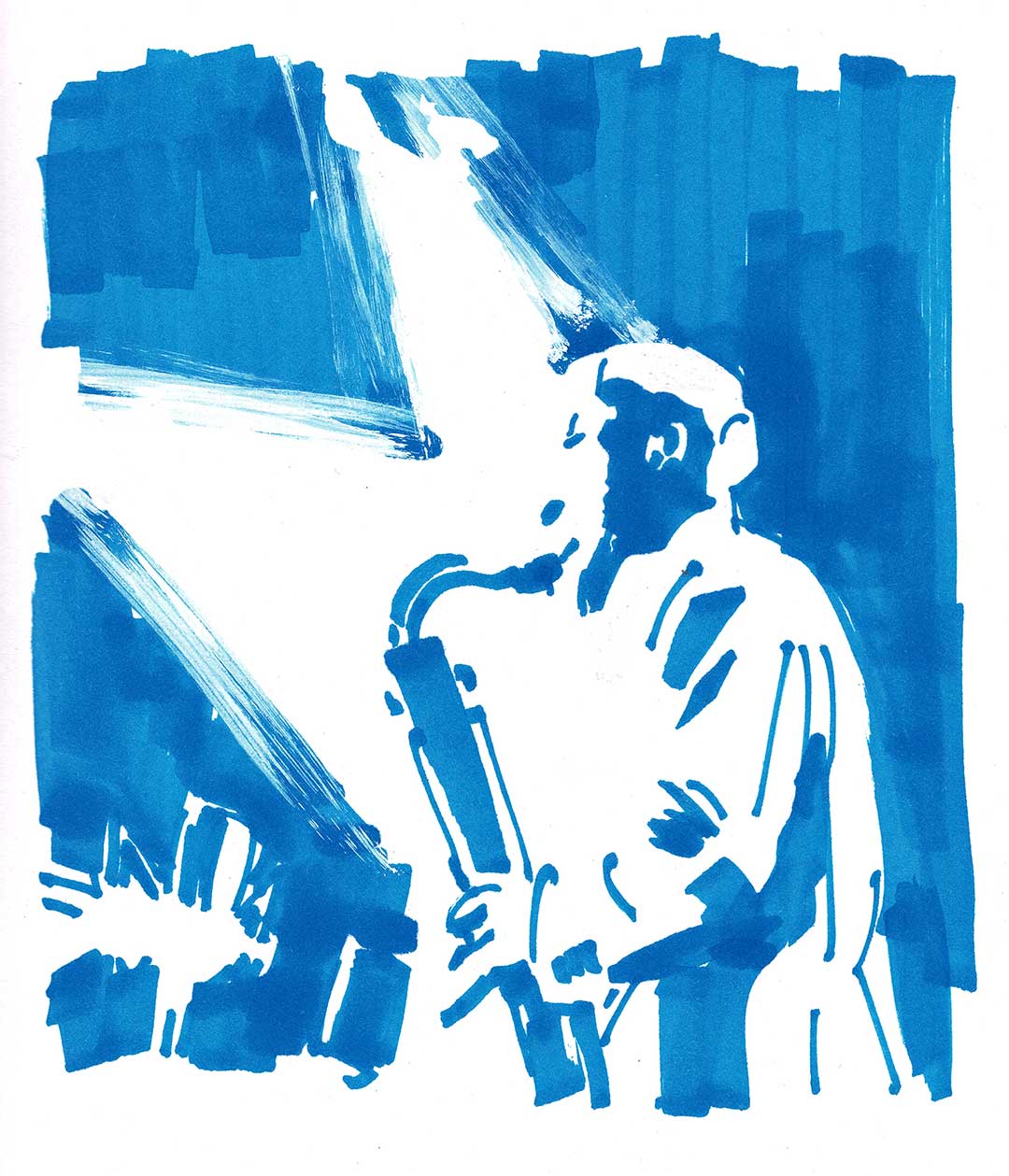 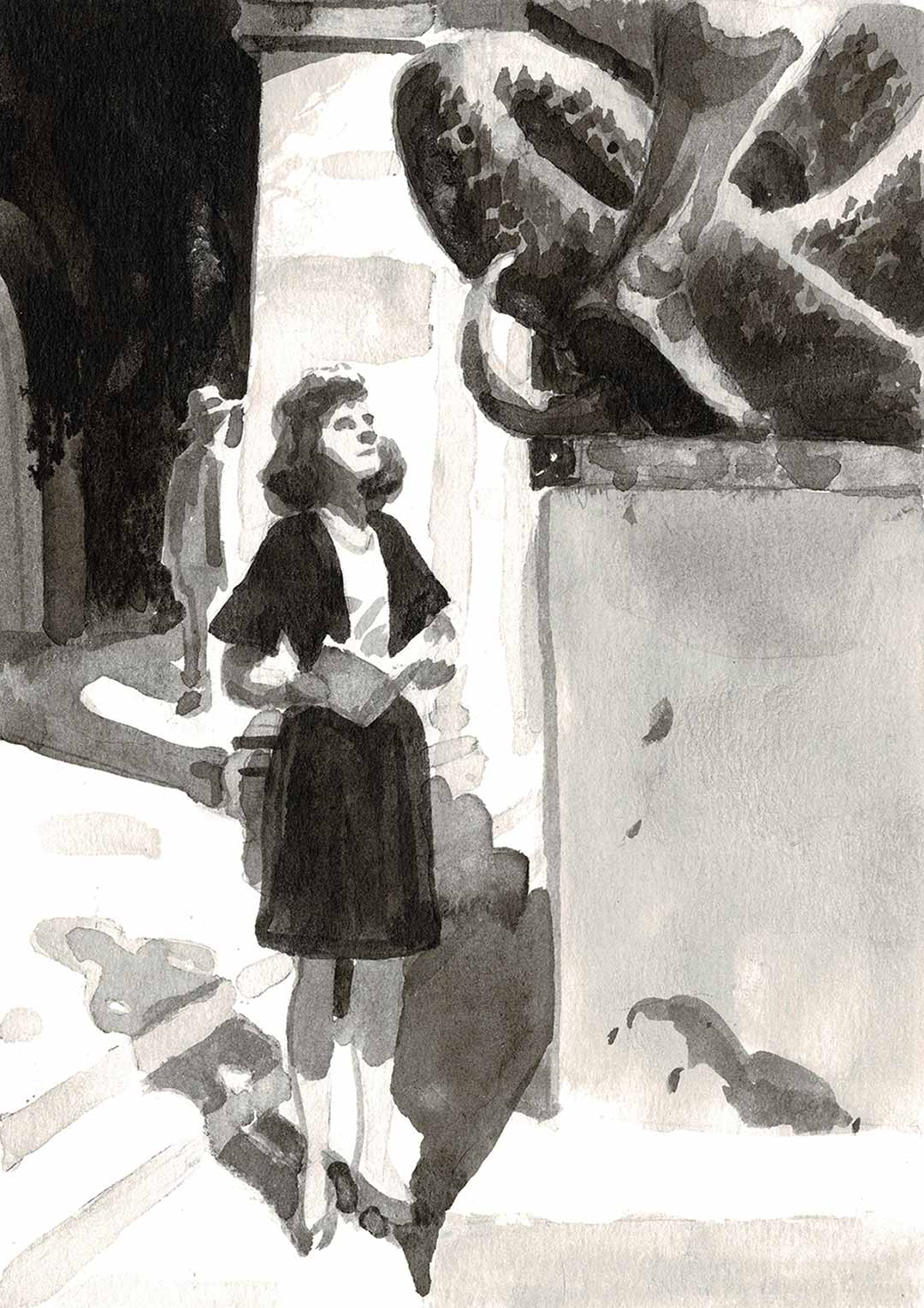 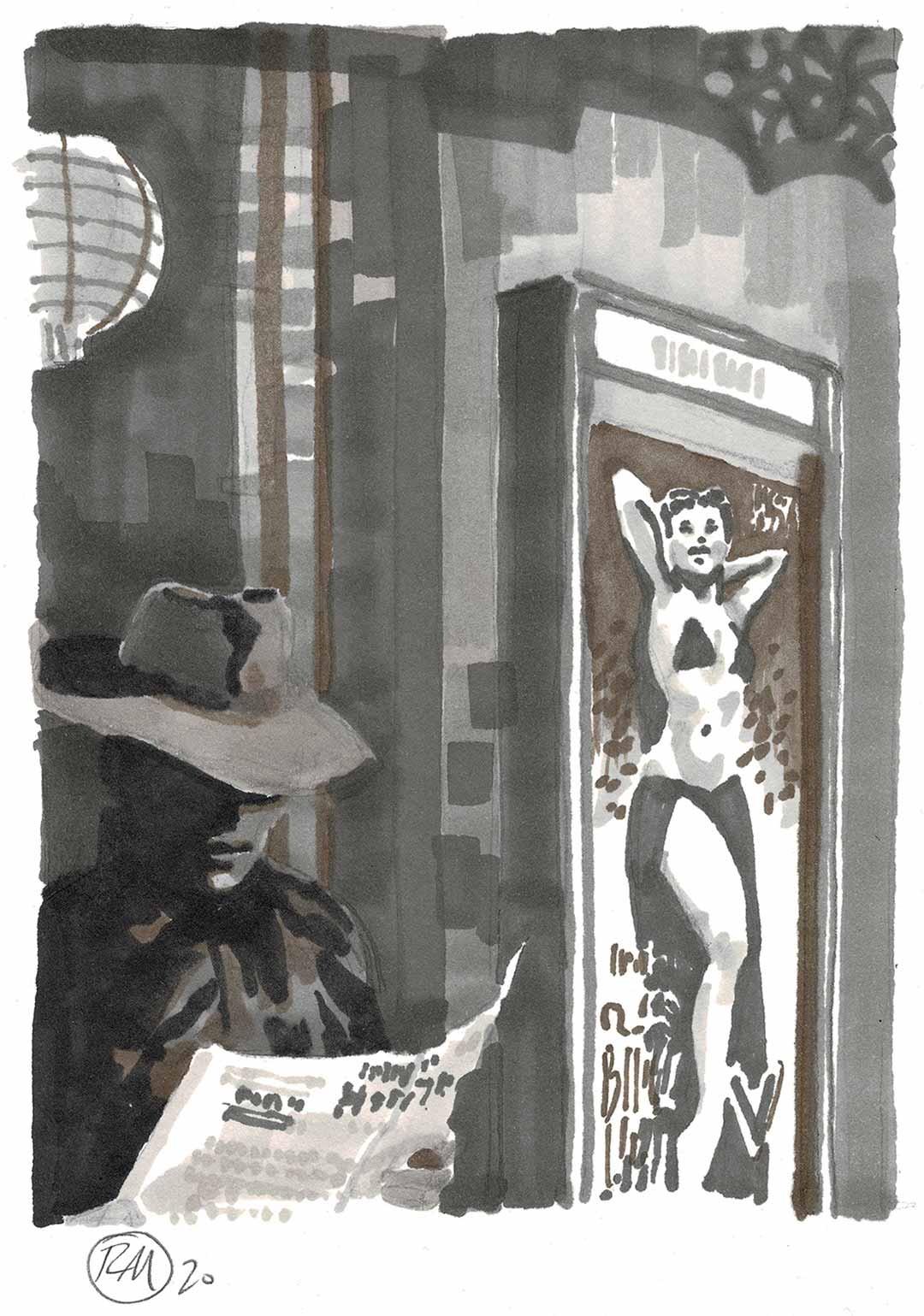 Corner Of Grant And Stockton by Russell Mark Olson 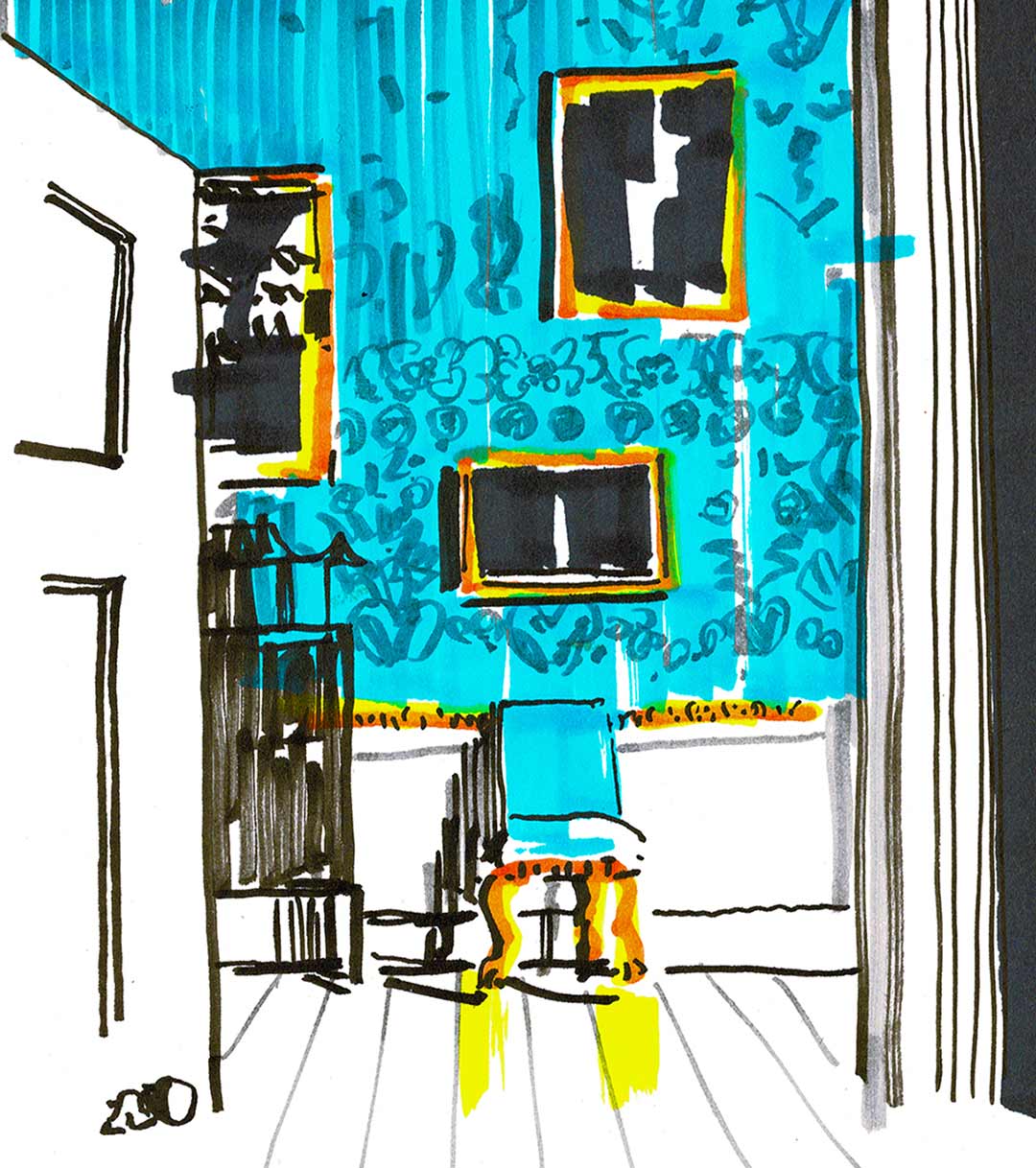 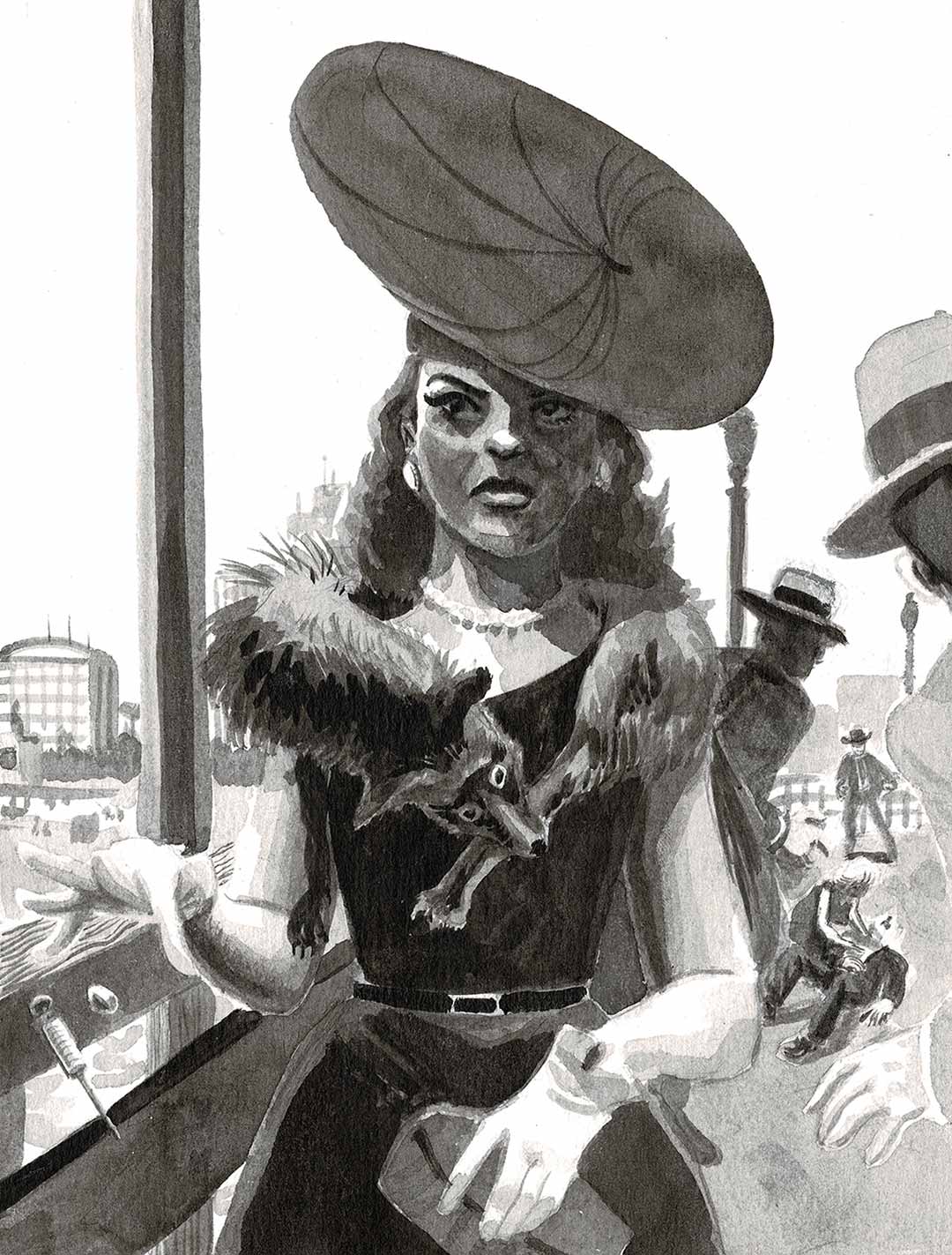 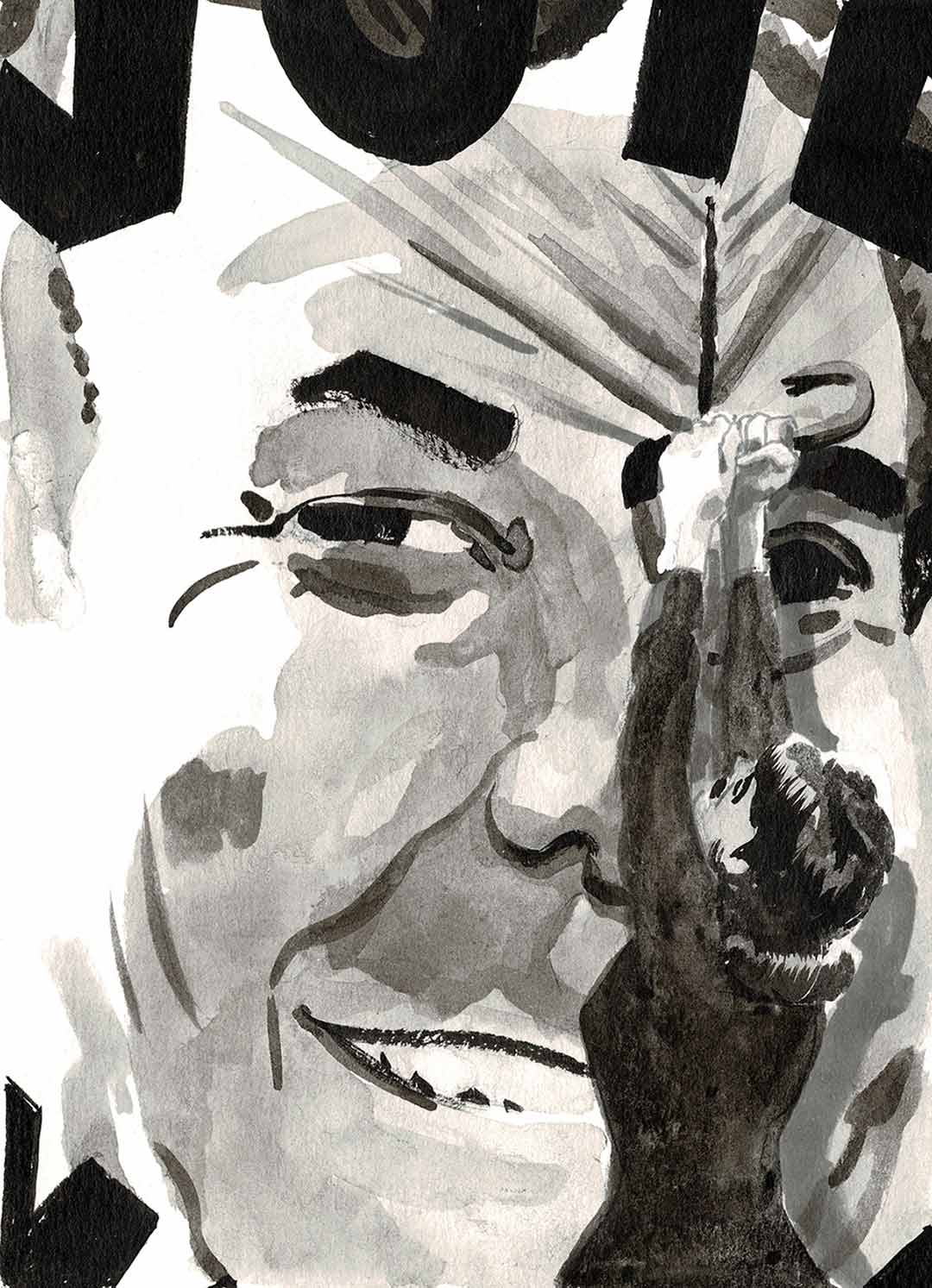 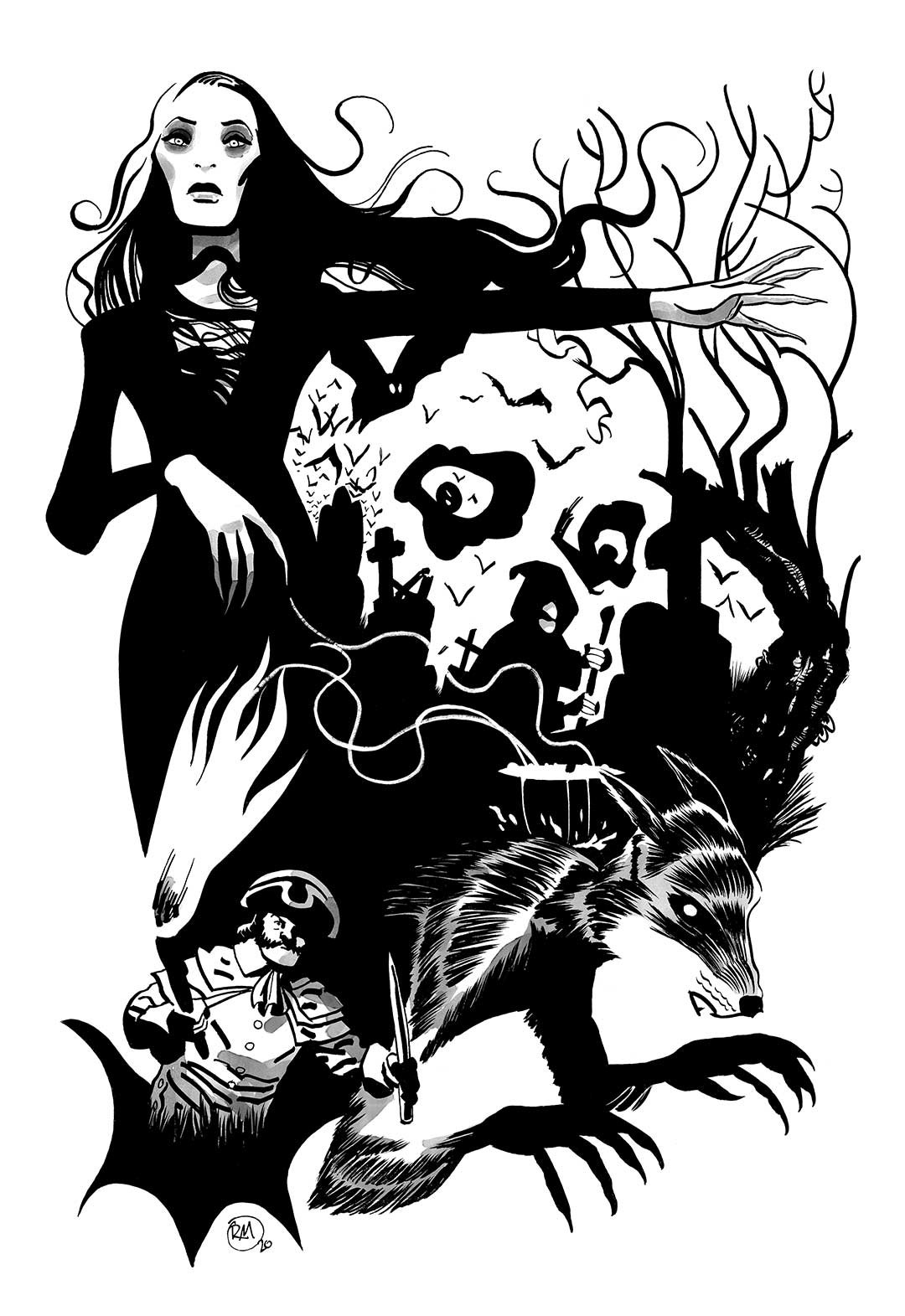 The Horror! by Russell Mark Olson 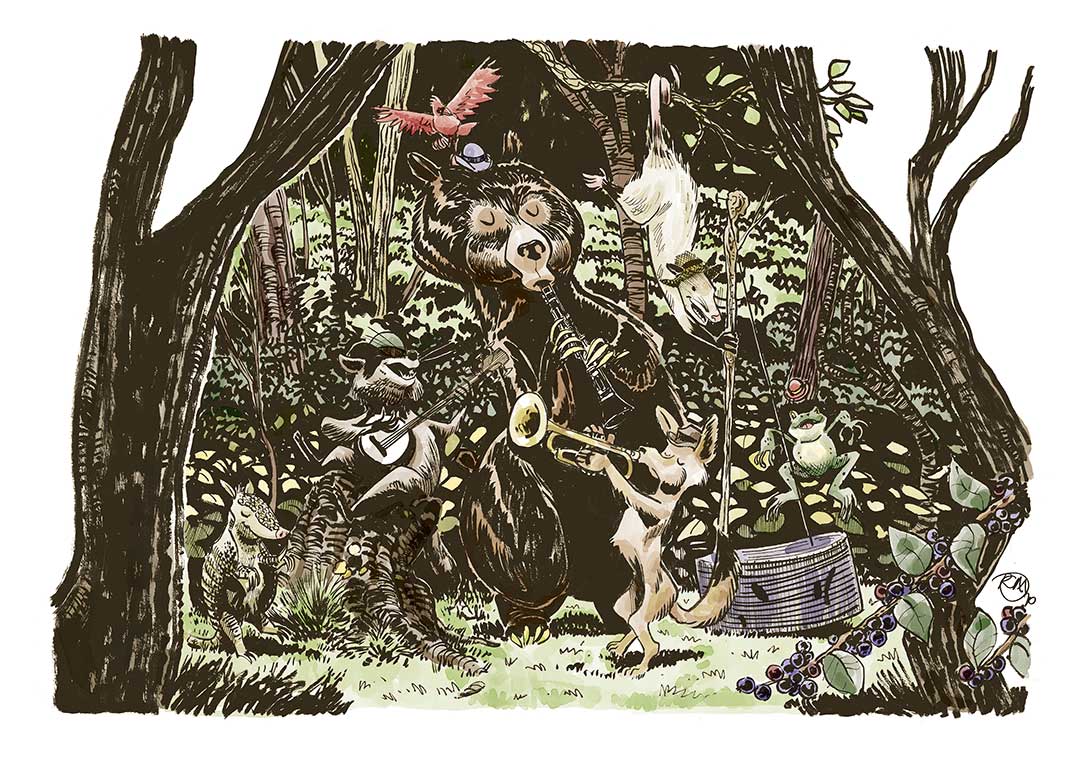 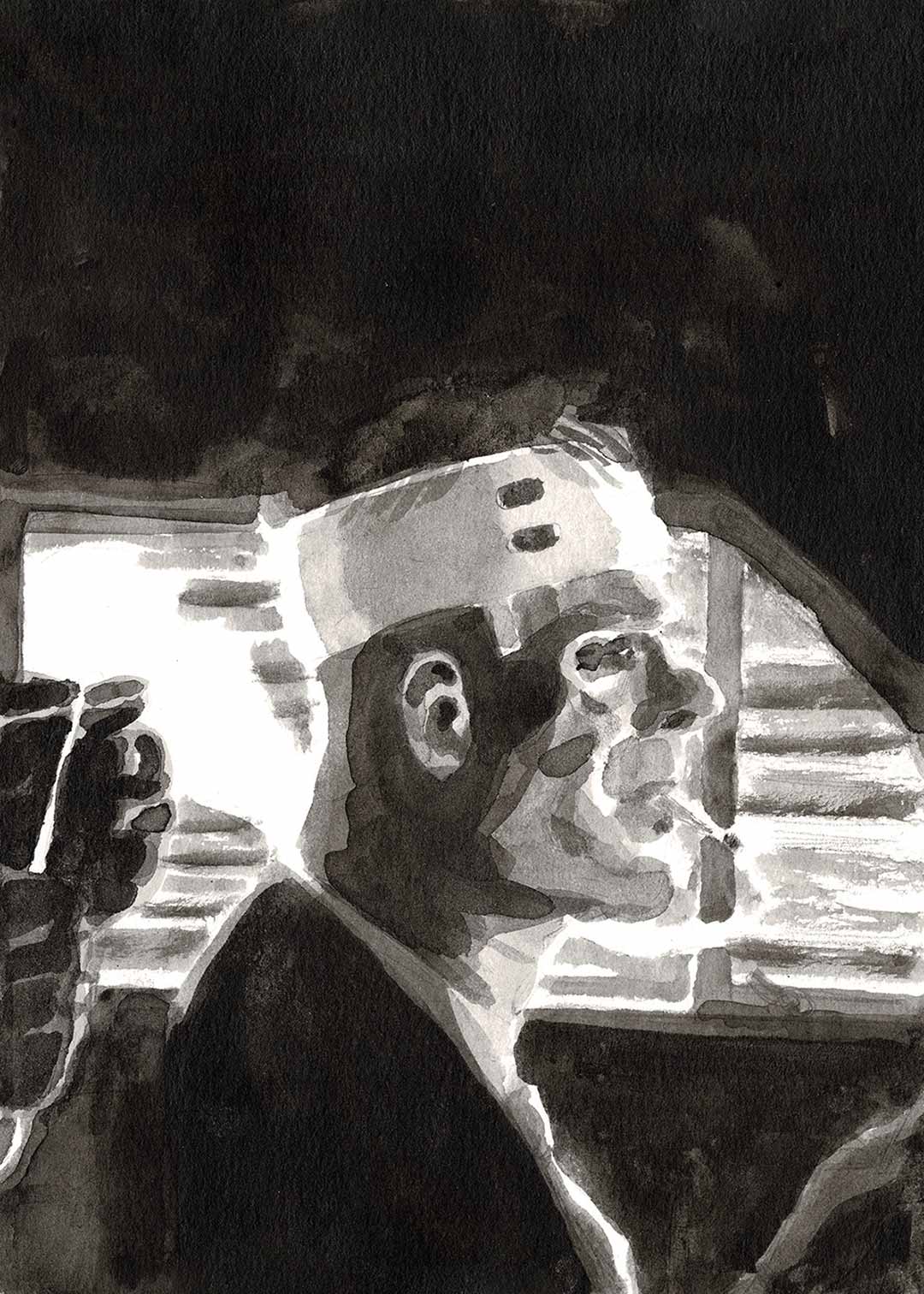 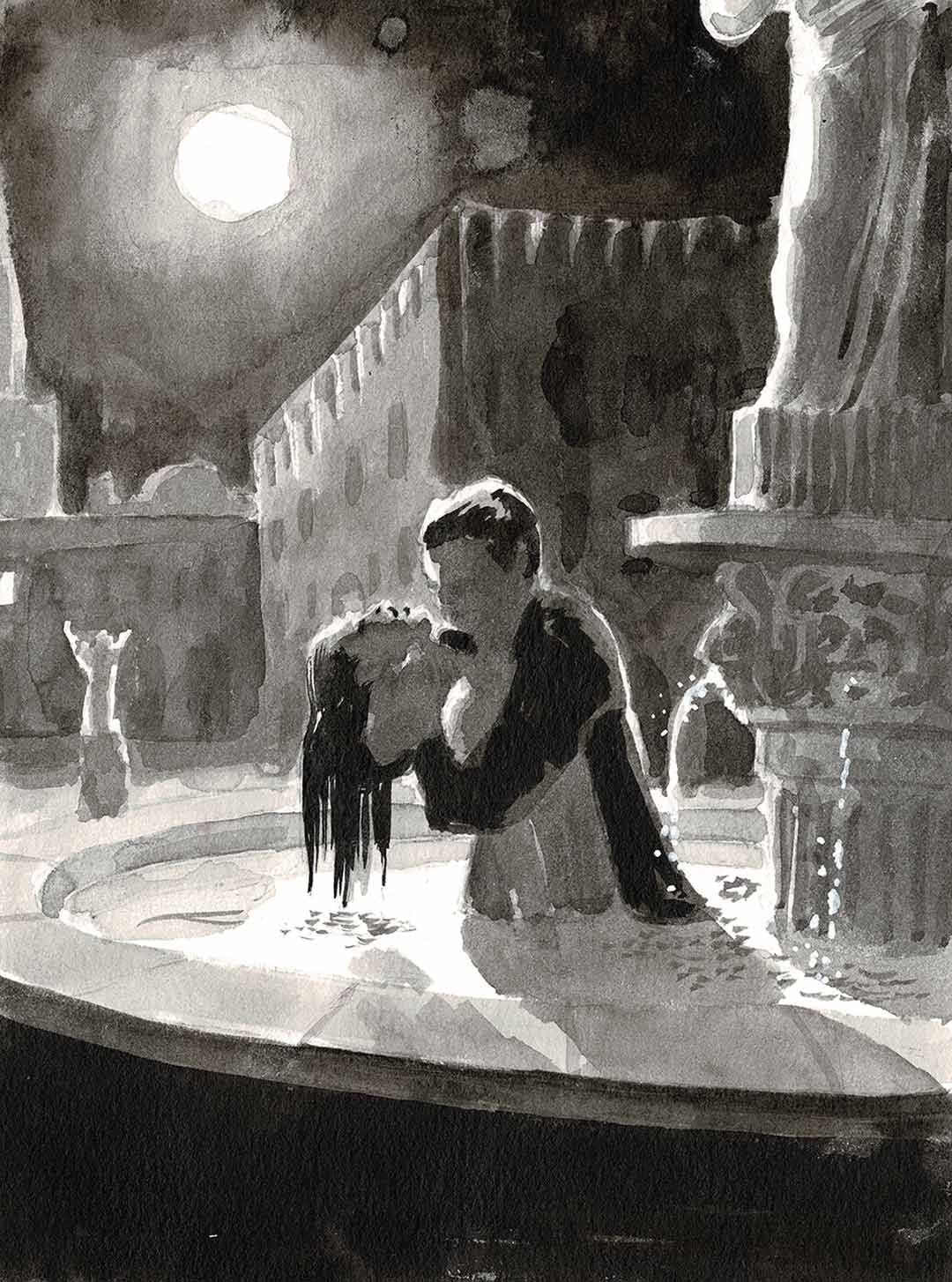 We asked the artist…

How would you describe your work?
I’m primarily a comic artist – a cartoonist I suppose, since I do write and draw most of my output. But I do the occasional illustration and sometimes make books which sit in the space between illustration and comics.

What inspires you?
I would imagine I’m like most creative folk: a bit of a reference magpie. Most of my active inspiration comes from looking at artists working during the golden age of magazine illustration and the silver age of comics (1950s – 1960s).
I also love Film Noir and try to bring those aesthetics into my work. But I know that I have absorbed all kinds of reference material just from being exposed to stuff on TV, in cinemas, art galleries… just about anywhere.

What materials do you generally use?
Lots of ink and brushes. Few of the things on my drawing board aren’t at some point touched by a sable brush and some india ink. In order to be more mobile, I’ve taken to using refillable brush pens. But, you can’t get anywhere anymore without incorporating a bit of digital into one’s work. I do most of my comic coloring using Photoshop… although recently, I colored a strip using markers. That was loads of fun.

What has been your favourite project to work on so far?
My favorite project is my ongoing, creator-owned comic, ‘Gateway City’. Unfortunately, paid comics often get in the way, but recently I’ve picked it back up and have been producing a quarterly newspaper version of the comic. I’m in love with newsprint at the moment.

What are you currently working on?
I’m working on a ton of projects at the moment. Like I mentioned above, there’s my ‘Gateway City Quarterly’ (which can be supported on patreon.com/russellmarkolson), I’m editing an ongoing Comix magazine called ‘SKRAWL’ and I’m working on a comic for a tabletop games company which is set for publication later this year. But there are always irons in the fire.

Where can we find more of your work?
As well as my Patreon, you can find me on Twitter at @russell_m_olson and on Instagram at @russellmarkolson. I’ve also got a Big Cartel site: russellmarkolson.bigcartel.com and a Buy Small Press shop: buysmallpress.com/publisher/russell-mark-olson-comics-and-illustration.

Check out these previous exhibitions…

If you find an artist who’s work you enjoy, please do check out their social media and leave them a ‘like’, a ‘share’ or a ‘follow’… It is appreciated! 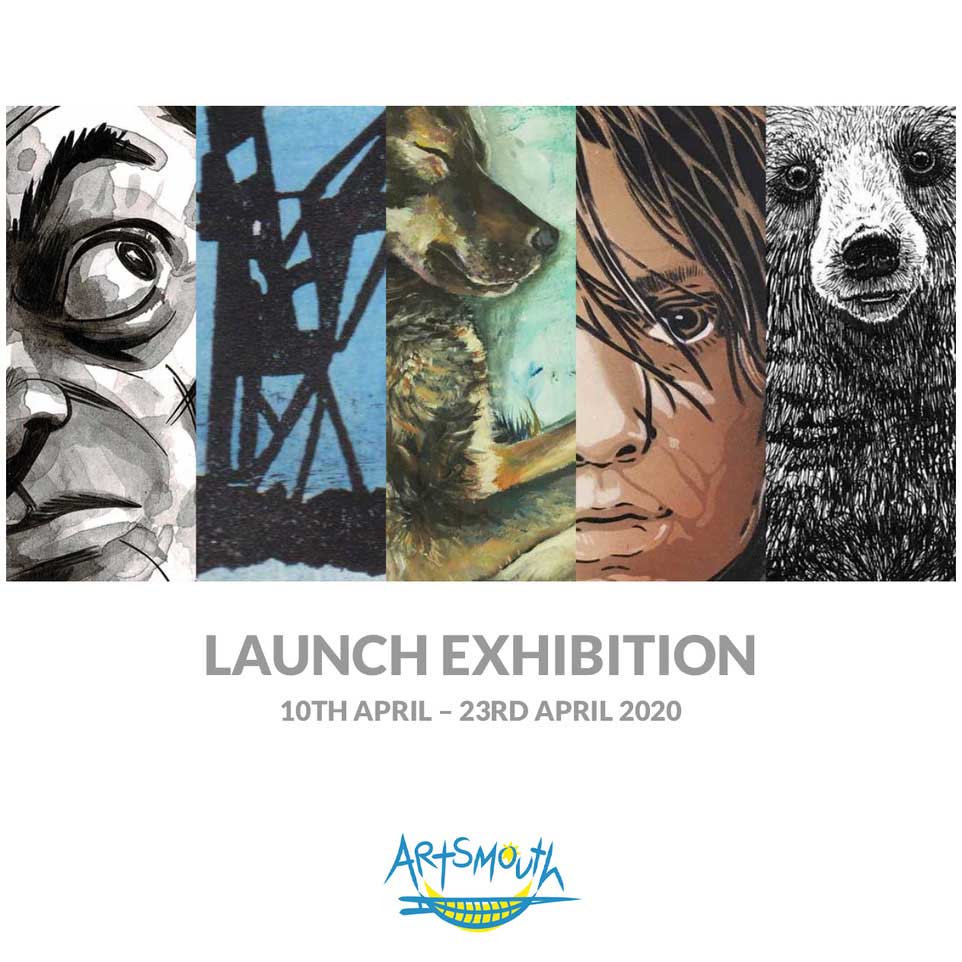 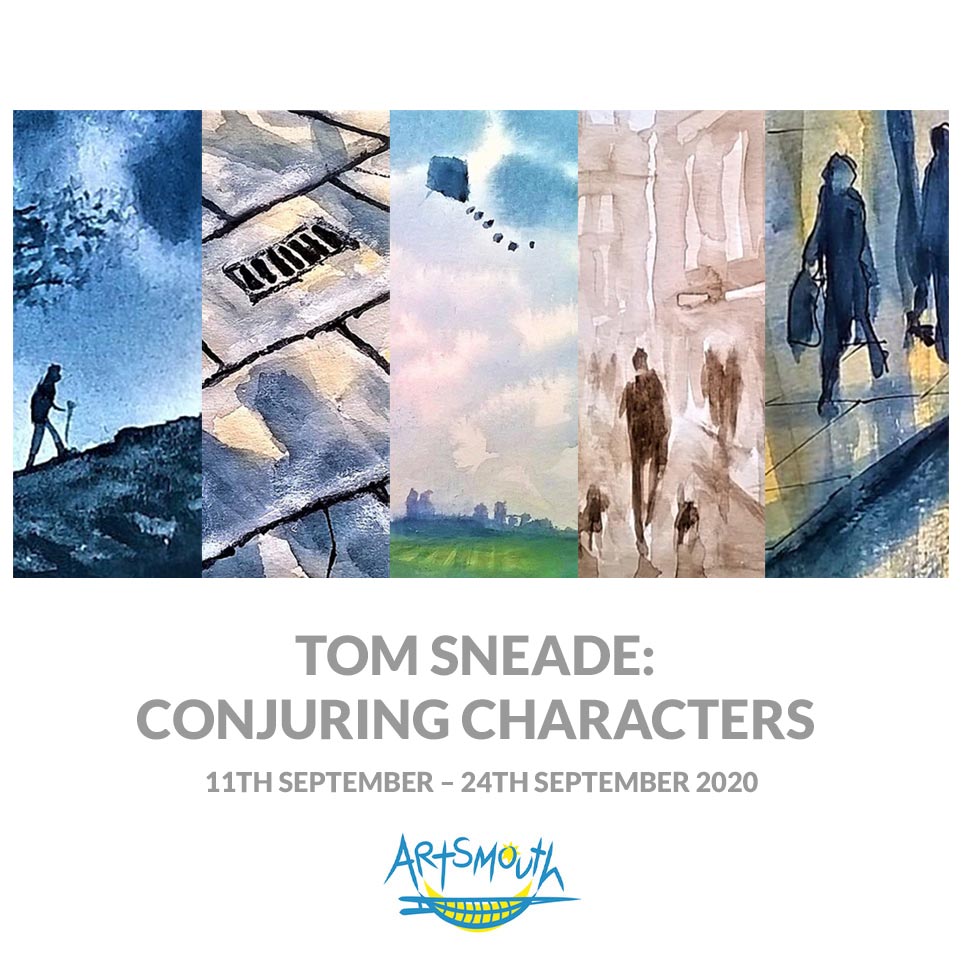 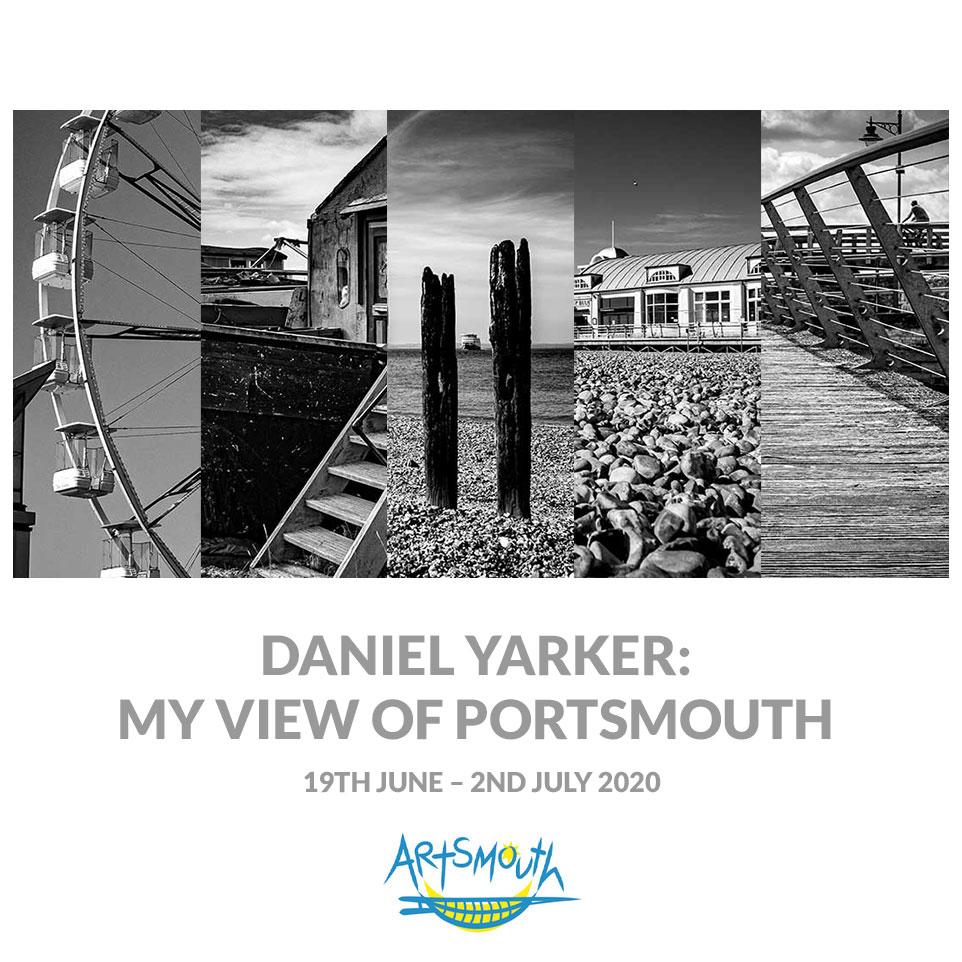 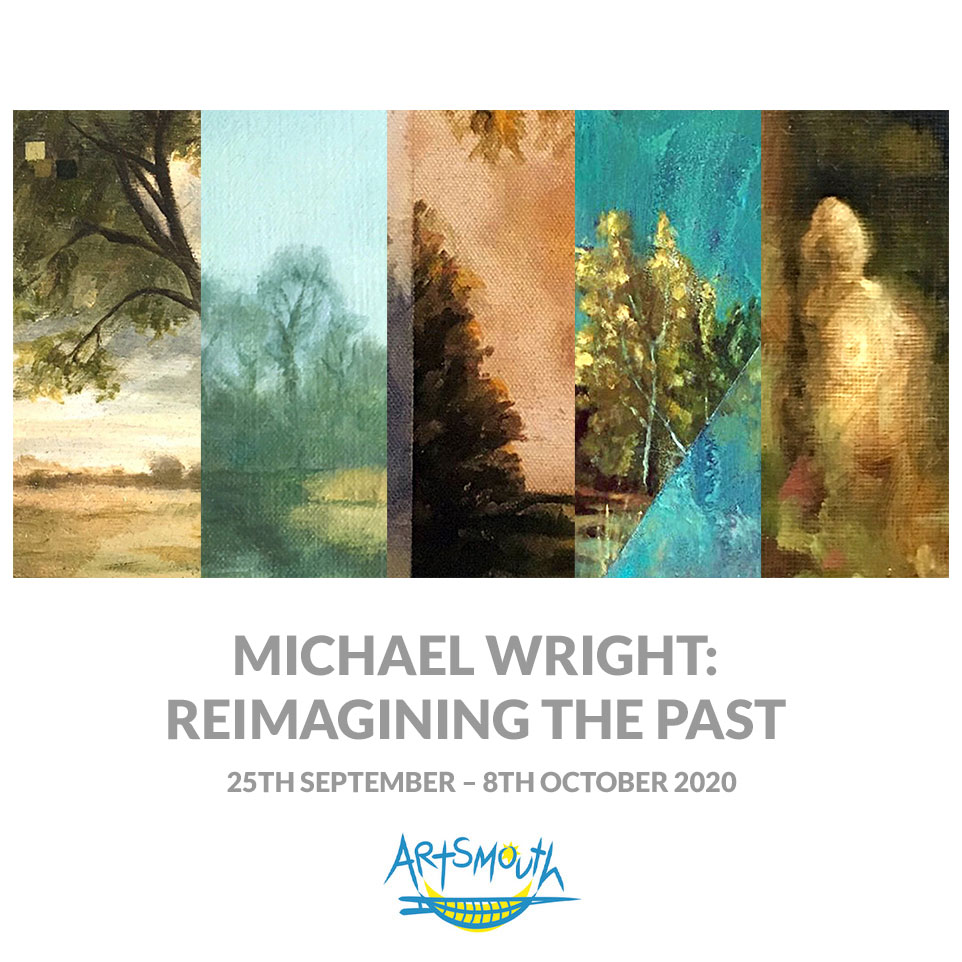